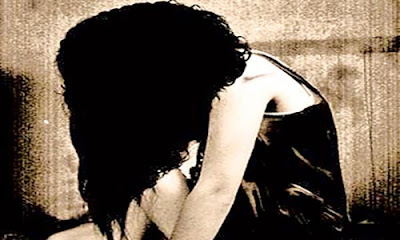 I must have been three or four when I got a vague idea about ‘gender’. I understood that girls and boys are different…that they have different behavioural pattern, different likes and dislikes, different physical characteristics, etc. I took immense pride in being a girl then, I loved the fact that we were the prettier gender; had a wider range of dresses to choose from; the princesses in those fairy tales were so fascinating-way more than the princes and my parents’ never slapped me for my mischievousness(you aren't supposed to hit girls, they said), unlike my brother who was slapped and hit too often :D. It was a beautiful world for the girls in those years.
I grew up to understand the term gender a little more clearly. It was certainly beyond having different kinds of dresses to choose from. I figured it had something to do with them being stronger than us. There was this hint of fear when I saw a big group of them standing…if they had to play cricket in the playground and we had to play badminton at the same time…we would immediately vacate the ground for them. I never completely understood why it was so. We had to come back home by 7, while they could be out till 10…that was another difference I witnessed. We fought back at times, only to be told that we were more precious and thus deserve more care, and that used to bring a smile on our faces.
I grew a little older to understand that there were more differences. I understood that they were entitled to a little more pocket money than we were ( because, we get you everything you ask for sweety…why do you have to go wasting your time to get it yourself), that it was expected from us to develop culinary skills-it was probably supposed to be in our genes(in that extra X chromosome that comes along), that there were some behavioural norms for girls:
·       Whistling is not permitted-It is only meant for the boys. Girls can just be whistled at-not whistle…no, they are not allowed.
·       They should be soft spoken. Loud behaviour is for the boys.
All this dwindled the love for my gender a little bit…'Why, can’t I have it all', I wondered at times. I consoled myself with things like-maybe, we are the better-behaved, more civilized gender…and I must keep up the good behavior.
I had to reach the edge of my teenage to understand the biggest difference. The slut-factor.Girls could be slut for a lot of things. They could be called a slut for any of the following:
·       For being too outgoing.
·       For having too many guy-friends.
·       For flirting around.
·       For looking sexy.
·       For being in and out of relationships a little too often.
·       For being appealing to guys.


While the set of rules would be completely opposite for men- they would be treated like a hero of sorts if they could woo too many girls, it’s an achievement, each girlfriend that they’ve had adds to their trophies…it’s something they can flaunt and take pride in. It was the other gender which had to worry about the ‘character’-oh, yes…it is the most important word in a woman’s life…they must go to any extent to protect it...to make sure that it remains unscathed. Men never have to worry about it. The Y-chromosome that they have gives them inexhaustible freedom to do anything they feel like, they are accepted this way, it is attractive for them to be big-bad boys…it adds to their oomph quotient. But, we lovely ladies- we can’t even dare to think about it.
My gender had started suffocating me a bit then…I hated a lot of people for it…the society, the customs and most importantly…the men. I loathed them for being hypocrites, for having two sets of morals-one for themselves and the other for the women and most importantly…I envied them for enjoying the limitless freedom.
As I grew up a little more, the hatred for men gradually subsided, the restrictions imposed were questioned and opposed, the dual set of moral were sneered upon and rebelled. I stopped being weighed down by the norms and started loving my gender just the way I did when I was a little thing. I started defying the rules. I picked up a battle with the world. I was never to be succumbed. Happiness doesn't always come as a gift…sometimes, it has to be earned. I was ready to go and earn it for myself.
Maturity gave way to this changed perspective…breathing became a lot easier…the suffocation was gone. ‘Being a woman is the best thing that has ever happened to me’, I thought. I was going to tweet this, when suddenly I saw a tweet about a young girl who has been gang raped in a moving bus. It shook me from within, just the way it shook you. It enraged me. I wanted to murder those rapists. It killed a part of me…that part which took pride in being a girl, that part which wanted to fight with the world, that part which wanted to defy the rules, which wanted to liberate women. It murdered all those parts within me. What was left was a weak , vulnerable, helpless young girl who knows that things can never be the same for the two genders…that as long as barbaric men like those continue to exist, there will be lines drawn, lines that you can cross only to regret it later…that things were destined to be different from the moment the doctor said, “It’s a girl.”

Promote Your Page Too

Have something to say?